Morality, values ​​and historical debt on the one hand, an epidemic and a complex economic and political reality on the other.

“We can not abandon people who are in immediate danger in Afghanistan,” said EU Commissioner for Home Affairs Ilba Johansson. “The evacuation of EU and local staff working with the EU is a top priority.” 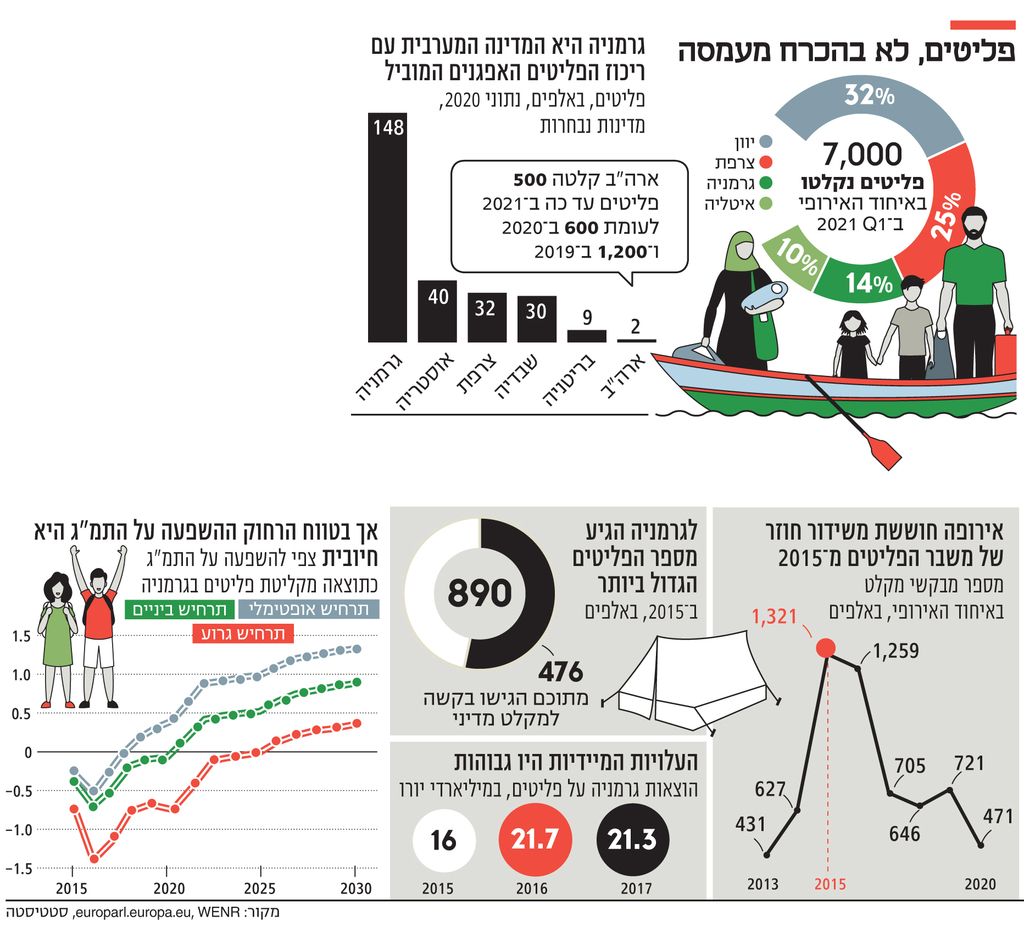 Refugees, not necessarily a burden

But in practice, the possibility that the continent will be flooded with a wave of Afghan refugees puts Europe, still scarred by the Syrian refugee crisis, in great anxiety. This is, for example, to understand the words of Joseph Burrell, the EU’s foreign policy chief, who stated that “we must ensure that the political situation created in Afghanistan does not lead to large-scale migration to Europe.”

According to UN figures, more than half a million Afghans have been displaced from their homes in the past year alone and forced to migrate across the country. European leaders have not forgotten the economic-budgetary consequences of the waves of immigration then, nor the political and social ones.

The situation is also of great concern in light of the fact that in the two countries that make up the so-called “engine of the European Union”, Germany and France, general elections will be held within a few months to a year. Waves of mass migration are a fertile ground for the demagoguery and hate speech of racist and populist parties and organizations that could gain power at the expense of the establishment parties. Although the leader of the far-right National Union in France, Marin Le Pen, was quick to warn of the “growing danger of attacks” on her country, so did the racist AfD leaders in Germany and Matthew Slavini, the leader of the Italian league who demanded not open the gates to thousands of men. “Among them are potential terrorists.” 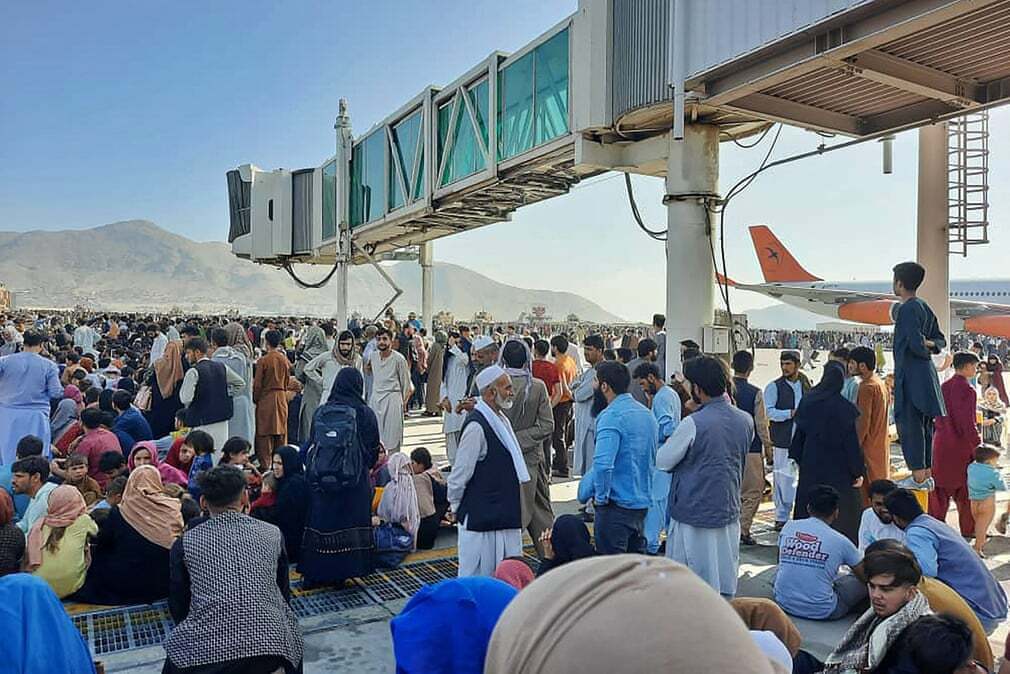 “We must defend ourselves”

French President Emmanuel Macron, who is expected to run for a second term next year, said last week that he had spoken with Chancellor Angela Merkel about the need to “formulate without delay a uniform, coordinated and powerful pan-European response to prevent illegal immigration.” In a televised interview with the nation, the French president said, “We must defend ourselves against unconventional waves of immigration that would endanger those who exploit them and incite various types of trade.”

Armin Lasht, Germany’s Christian Democrat candidate to succeed Merkel as prime minister, was even more direct. Against the background of Merkel’s 2015-2016 decision to take in more than a million Syrian refugees, a decision that has undermined the country’s political system, Lasht said: “We must not signal that Germany can take in all those in need.”

“The EU is not ready”

German Interior Minister Horst Zhofer defined the concerns in numbers as saying the Taliban victory could lead to a wave of 300,000 to 5 million refugees. Similar concerns were expressed in Greece, which was quick to complete the remaining 27 kilometers of the 40-kilometer-long fence on the border with Turkey, which was set up with an investment of about 63 million euros. Immigration Minister Notis Mitrachi said even before Kabul’s occupation that “the EU is not ready and does not have the capacity to deal with another major immigration crisis.”

Most EU countries have agreed in principle to accept a small number of refugees, mainly those who have worked with their embassies and armies or in international aid organizations. However, the union’s immigration ministers have refrained from making clear reference to the number of refugees who will agree to be admitted.

Merkel has stated that Germany intends to fly 10,000 people from Afghanistan, while Spain, which has so far absorbed 400 Afghans who have helped EU countries, has offered to act as a temporary absorption center. But beyond that, most European statements remain vague. Even Britain, which has promised to absorb 20,000 Afghan refugees, has finally decided to absorb a quarter of this amount this year, which has drawn criticism and doubts about the fate of the 15,000 refugees left behind. 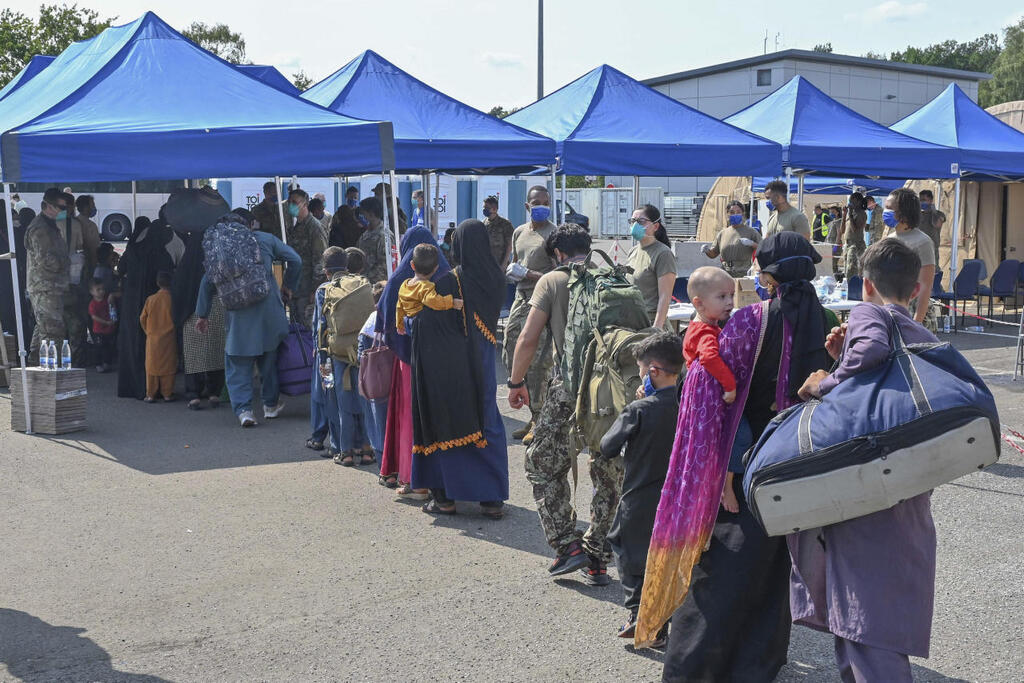 Afghan refugees, at the US Air Force base in Germany on Tuesday. Chancellor Merkel warned again of 2015 mistakes

Currently, the number of Afghan citizens crossing EU borders this year remains small. According to the European Commission, about 4,000 “irregular border crossings” of Afghans were recorded in the first half of the year, about 26% less than in the same period in 2020. Macron, however, said that if more Afghans wanted to make their way to Europe, the EU would have to focus on cooperating with transit countries such as Pakistan, Iran and Turkey. According to the UN High Commissioner for Refugees, 1.4 million Afghan refugees are currently staying in Pakistan, 780,000 in Iran and 420,000 in Turkey.

Merkel warned in the same vein of “repeating the mistakes of 2015”, when countries cut their donations to international aid organizations, resulting in a parallel cut in food rations for thousands of Syrian refugees stranded in camps in Jordan and Lebanon, and in desperation made their way to Europe. According to the British charity Save the Children, some 14 million people in Afghanistan itself already need food aid, the highest number in more than a decade.

Political use of refugees

Speaking to the Financial Times, Hannah Byrnes, director of the Migration Policy Institute Europe think tank, said that since 2015 the EU has been looking for ways to work with third countries to reduce the circumstances that cause migration. However, “given the Union’s charged relations with countries such as Turkey and Iran, the ability to advance the issue involves considerable difficulties.” Union officials are also aware that neighboring countries may use immigration for the purposes of political manipulation. This is what Libyan ruler Muammar Gaddafi, Turkish President Recep Tayyip Erdogan and the Moroccan government have done in the past. And so Belarus did this year when it transferred thousands of refugees, mostly Iraqis, from its territory to the union territories in what appears to be a coordinated move by President Alexander Lukashenko to strike in Europe in response to sanctions imposed on his country.

This week, another group of migrants, some of them Afghans, remained stranded in the no-man’s land near the village of Osnarz Gorny, after Poland refused to let them in and Belarus refused to return them. Warsaw increased to do so when it sent several hundred soldiers to the border and ordered the construction of a new barbed wire fence. “Poland defended itself against the wave of refugees in 2015, and it will defend itself again now,” Deputy Prime Minister Piotr Glinsky declared.

These events reminded European observers that the EU had not yet reached a formula for dealing with refugees and that reform of its immigration and absorption system was still stuck in the depths of land disputes.

Apple is also postponing its return to offices – to January

Hurricane Ida Case: The combination of a storm and a plague bounces off insurance costs