Three years after Banksy’s “Girl with a Balloon” painting destroyed itself immediately after being sold at auction for $ 1.2 million – it is being offered for auction again – it is estimated that its price will reach $ 6-8 million. In October 2018, seconds after it was sold, The painting was “shredded” in front of the participants at the auction held by Sotheby’s. Banksy himself explained in a video he posted the day after the incident, how he destroyed the painting. Sotheby’s claimed that they did not know about the planned move, although some experts doubted it, claiming that the auction house could not have noticed that the work included a shredder. For sale – at a much higher price. The buyer of the painting remained anonymous, although Sotheby’s agreed to say that it was an art collector from Europe, who is a longtime customer of theirs. The work was first displayed in a museum in the German town of Baden-Baden. This weekend it will be shown in London – and from there it will be moved to Hong Kong, Taipei and New York – ahead of the sale in October. 1 View the gallery 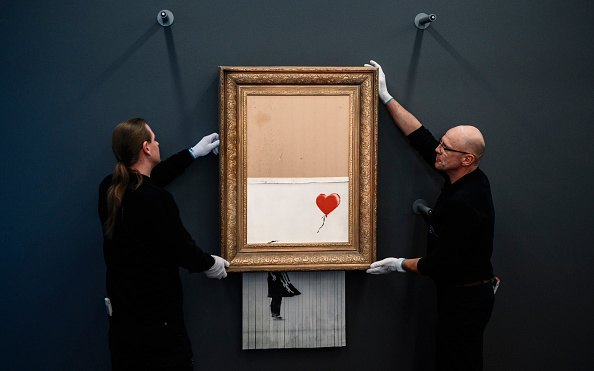 Three years after shredding itself the moment it sold at an auction, a painting of a young girl holding a red heart-shaped balloon by elusive British artist Banksy is going back under the hammer with a price tag of up to $ 8 million https: // t.co/lVEX6uENfo pic.twitter.com/GPz5kum0w8

– Reuters (@Reuters) September 3, 2021 In March, a painting by Banksy depicting a child playing with a nurse doll in the form of a superheroine was sold for $ 23 million, a record amount for an artist who maintains anonymity. Banksy is a street artist who rose to prominence thanks to provocative and sometimes political works he paints on walls around the world. He zealously preserves his identity, which apparently helps to raise the demand for works.

United Arab Emirates: Green light for vaccinated tourists from all over the world

How does resistance training burn fat?