Australia struggling with its worst corona wave to date, reported 1,756 new infections today – another daily record; The health care system warned that the worst was yet to come, and called on people to get vaccinated.Read more in Calcalist: Australia: Record number of daily infections, clashes between police and protesters in Melbourne Corona in Australia: Fines for isolation violators in Sydney quadruple ‘Wine War’ between Australia and China reaches World Trade OrganizationMost cases have been re-recorded in the state of New South Wales, which has been battling an outbreak of the contagious delta strain since mid-June. The state reported 1,533 new cases and four more deaths. The neighboring state of Victoria reported 190 cases of infection, the capital territory about 32, and Queensland about one. The number of daily infections recently is almost double the previous corona wave that struck Australia a year ago. New South Wales and Victoria, which hold the position that the outbreak cannot be completely suppressed, are focusing on accelerating vaccination efforts to make infections easier. 1 View the gallery 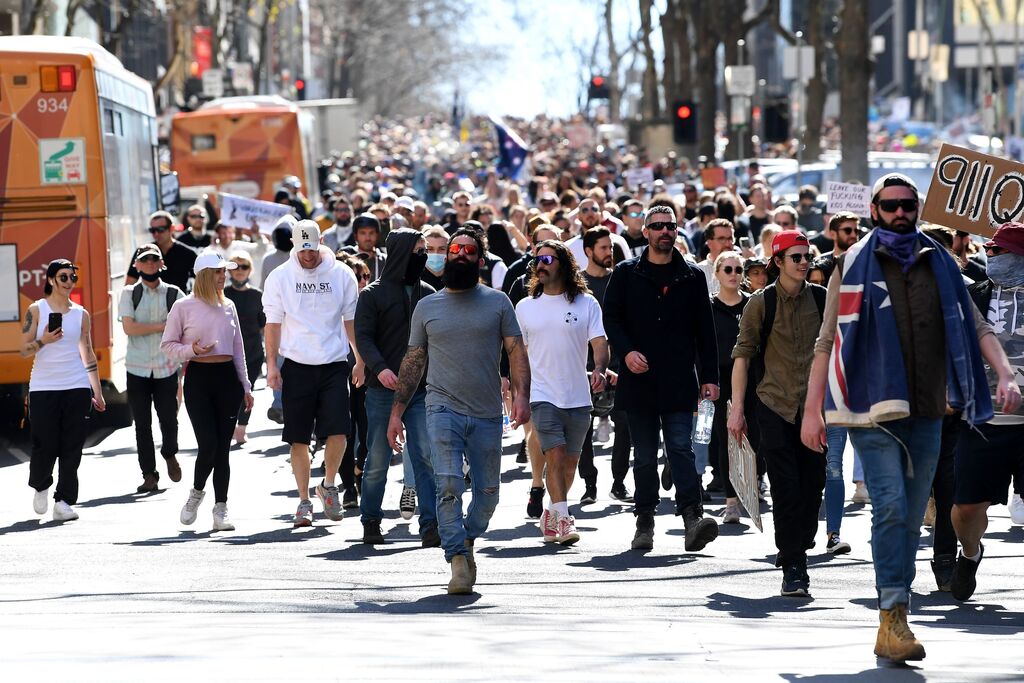 Demonstration in Melbourne against closure, August (EPA)Although the number of infections in Victoria, which is in its sixth quarantine so far, has dropped slightly compared to 208 recorded yesterday, health authorities said the outbreak has not yet peaked. “The general trend is a slow and steady rise. That’s why vaccines are so critical, as well as compliance,” Victoria Health Services chief Brett Sutton said at a news conference. 1,000 new cases a day for at least two weeks, with a number of hospitalizations set to peak in October. Today, health officials said 137 of the 173 people in intensive care were not vaccinated. The states of Victoria, New South Wales and the capital – home to close to 60% of Australia – have been in close quarantine for several weeks. The closure is expected to continue until 70% of the population is fully vaccinated. At the current rate, Australia will reach this threshold in late October or early November.

Egyptian gas on the way to Lebanon? Everyone is waiting for Biden